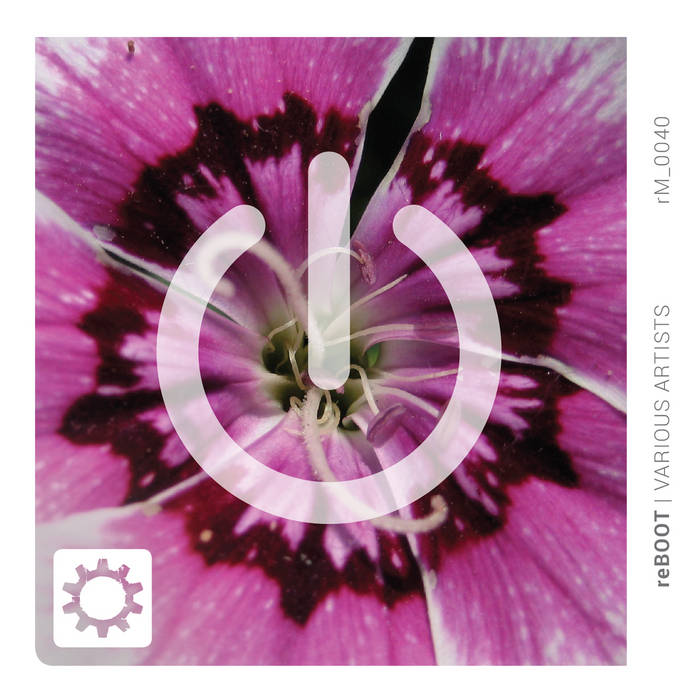 John KochNorthrup I'm very proud to release reBOOT on my label, Relaxed Machinery, and to support the wonderful artists that contributed such beautiful music to this ambient compilation.

Since it's inception in 2010, Relaxed Machinery (rM) has striven to reshape the standard definition of an online record label. By cultivating relationships instead of profits and focusing on the artist rather than the label, rM has built a list of contributing artists that reads like an Ambient "Who's Who" while also developing an exceedingly loyal fanbase. With its revolutionary "self release...together" business model, rM has attracted a strong lineup of up-and-coming artists and industry stalwarts whose commitment to their art is exemplified in the quality material that receives the label's brand. In addition to the label, rM supports and nurtures a vibrant online community of painters, photographers, poets and musicians through it's Ning-based social networking site (relaxedmachinery.ning.com). rM also works with several other ambient/electronic labels (including alteraOrbe and Earth Mantra) to cross-promote material, and is the standing partner of rM co-founder and best-selling artist Steve Brand's "Pioneer Light Music" label.

On this fourth anniversary of the label's birth, we're proud to bring you 'reBOOT', our 2014 label sampler and lead release for the new year. Following on the success of 2011's 'sleepMODE', rM has once again brought together a rich list of talent who have contributed gorgeous new, original material for this release. Industry veterans Loren Nerell, Steve Brand, Zero Ohms, Robert Scott Thompson and Ishq are joined by highly successful newcomers Broken Harbour, Frore and Chronotope Project, long-time label contributors Chris Russell, peter james and åpne sinn, alteraOrbe founder and prolific recording artist Ran Kirlian and a bevy of newer talent in Specta Ciera, arbee, eyes cast down and Roy Mattson. All lovingly mastered by rM owner and co-founder John Koch-Northrup.

rM keeps nothing of the album sales from its artists' releases, instead preferring that the artist keep as much of the proceeds from their art as the digital distribution systems will allow, but in the case of "reBOOT," all proceeds will go directly back into the label and community.

We at rM are extremely grateful for the contributions of each artist to what we believe is a staggeringly good compilation. Digital downloads of reBOOT include high resolution fold-out CD art as well as three breathtaking computer wallpapers designed by the brilliant Steve Brand, who is also responsible for the cover design and overall label image.

We hope you get as much enjoyment out of listening to reBOOT as we had bringing it together.

rM is an artist collective rather than a standard recording label. As a community, we are committed to providing a nurturing environment for our artists and a robust promotion infrastructure for their releases. Each rM artist is passionate about sharing their best, most personal music. In essence, rM artists "self release, together".

Please visit out website and our Ning community for more. ... more

Bandcamp Daily  your guide to the world of Bandcamp

Serena Cherry debuts her black metal project, plus a Pick from the Crypt block from Svalbard